Connecting the Dots is destined to become a business classic, providing hard-won insights and critical tools to thrive during the accelerating disruption of the digital age.

Legendary Silicon Valley visionary John Chambers shares his playbook and philosophy that transformed Cisco into a global tech titan and now inspire a new generation of leaders. Over 20 years, John Chambers transformed a company with 400 employees and one toaster-sized product (a router) into a tech giant that's the backbone of the Internet. Along the way, he's outlasted and outmaneuvered practically every rival that ever tried to take Cisco on-Nortel, Lucent, Alcatel, IBM, Dell, and Hewlett-Packard, to name a few-and turned more than 10,000 employees into millionaires, more than any company in history. When Chambers stepped down as executive chairman in December of 2017, he left a company that didn't just shape the first Internet era but is leading the next wave of innovation in areas from cyber-security to self-driving cars. Now, in collaboration with award-winning journalist Diane Brady, Chambers shares the stories and strategies that helped his company win again and again through multiple market shifts. From his early lessons and struggles with dyslexia in West Virginia to his bold bets and battles with some of the biggest names in tech, Chambers developed a series of playbooks for beating the odds and staying on top. He shares the playbook that helped Cisco buy 180 companies with a track record that's now studied at business schools worldwide. He explains how he built winning teams and a distinctive culture, and created a process for spotting market shifts and managing through periods of disruption. Perhaps the most powerful playbook from Chambers is the one that's still being formed: how to reinvent yourself. He is adapting his playbook for government, becoming a trusted advisor to global leaders to create new models for growth. He's coaching a new generation of leaders of game-changing startups. Now, he's taking those lesson to West Virginia to transform his home state into a digital leader. Connecting the Dots is essential reading for anyone who wants to understand how to lead and win in a digital world. 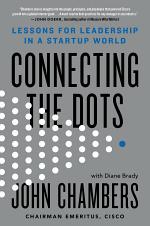 Authors: John Chambers, Diane Brady
Categories: Business & Economics
Silicon Valley visionary John Chambers shares the lessons that transformed a dyslexic kid from West Virginia into one of the world's best business leaders and turned a simple router company into a global tech titan. When Chambers joined Cisco in 1991, it was a company with 400 employees, a single

Authors: Gloria Ashby
Categories: Business & Economics
Is there a deeper purpose or meaning to your life experiences? What role does even life's smallest events play in building your faith? How have childhood memories impacted your adult life and character? Are you looking for a challenge that will stretch your faith? Between the covers of this book
Language: en
Pages: 200 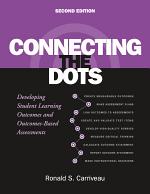 Authors: Ronald S. Carriveau
Categories: Education
Demands for quality at all levels of education are higher than they have ever been. Making clear what students must learn is being stressed by Federal and State governments and by professional and national accreditation organizations. This book is designed to help faculty and institutions of higher education meet these 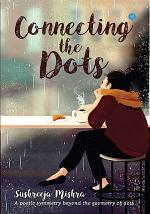 Authors: Sushreeja Mishra
Categories: Poetry
This Book is a collection of 50 poems that would narrate some part of the authors life. Everything is not real and everything is not imaginary but yes, every poem is the authors feeling penned down for the world to read and understand. This book is the first step to

Shakespeare from the Margin

Live the Good Life in Asheville

A First Course in Functional Analysis

The Beanstalk and Beyond

With Fire and Sword