" Tracing how African Americans define and redefine success in a nation determined to deprive them of it, Mitchell plumbs the works of Frances Harper, Zora Neale Hurston, Lorraine Hansberry, Toni Morrison, Michelle Obama, and others.

"Most Americans would agree that devoted wives and mothers make families strong and that strong families are the bedrock of society. Yet, throughout this nation's history, black women have managed to become model mothers and wives, but their doing so has not kept them from being mistaken for "welfare queens" and "baby mamas," the stereotypes that most consistently shape U.S. public policy. In this book, Koritha Mitchell shows the evolving connections between black women's homemaking and citizenship from domesticities of the slave cabin and to Michelle Obama in the White House. Drawing on canonical texts by and about African American women, Mitchell begins by connecting the roles of black women as rape survivor, race mother, single lady, matriarch, the strong black woman, and the evolving black women to the various roles that the site of the home served in the eras of post-emancipation, the New Negro, Civil Rights, post-civil rights, and the "post-racial." By looking at key protagonists in literary texts by authors like Frances Harper, Zora Neale Hurston, Lorraine Hansberry, Octavia Butler, and Alice Walker, Mitchell exposes us to the palpable tension that emerges when African Americans, especially women, continue to invest in traditional domesticity even while seeing the signs that it will not yield for them the respectability and safety it should--black women might become decent housekeepers, but never homemakers. All in all, the confluence of these domestic locations and scripts shows that at every juncture, the home was a site where African American women and families negotiated and reasserted their citizenship in a society and culture that consistently and persistently continues to marginalize and assert violence against African Americans, regardless of how they met standards of respectability and citizenry"--

Authors: Koritha Mitchell
Categories: Literary Criticism
"Most Americans would agree that devoted wives and mothers make families strong and that strong families are the bedrock of society. Yet, throughout this nation's history, black women have managed to become model mothers and wives, but their doing so has not kept them from being mistaken for "welfare queens" 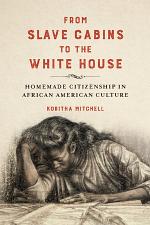 Authors: Koritha Mitchell
Categories: Social Science
Koritha Mitchell analyzes canonical texts by and about African American women to lay bare the hostility these women face as they invest in traditional domesticity. Instead of the respectability and safety granted white homemakers, black women endure pejorative labels, racist governmental policies, attacks on their citizenship, and aggression meant to 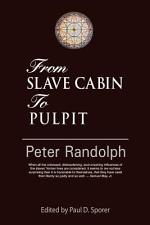 From Slave Cabin to Pulpit

Authors: Peter Randolph
Categories: Biography & Autobiography
Although much has been written about the peculiar institution of slavery, questions still remain about this manifestly cruel system. How could such brutality be tolerated by a modern, civilized society? Perhaps even more importantly, how could the victims cope with the numerous physical and spiritual challenges? Out of print for 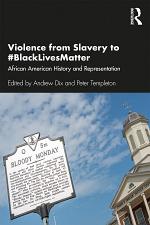 Violence from Slavery to #BlackLivesMatter

Authors: Andrew Dix, Peter Templeton
Categories: Literary Criticism
Violence from Slavery to #BlackLivesMatter brings together perspectives on violence and its representation in African American history from slavery to the present moment. Contributors explore how violence, signifying both an instrument of the white majority’s power and a modality of black resistance, has been understood and articulated in primary materials 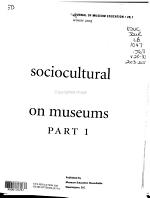 The Journal of Museum Education

Looking for the Toffees

Down a Dark Road

Under the Arms of the Sky

Concurrent and Real-Time Programming in Ada

A Love of Her Own

A Treatise on Naval Architecture and Ship-building

Wounded I Am More Awake

The Art of the Renaissance

Something Bright, Then Holes

Computational and Instrumental Methods in EPR

Bubbe and Me in the Kitchen

The Spy Who Couldnt Spell