She jabbed at Rowena Meigs's outdated photo topping the Hello, Summer column and sighed deeply. “I hate to say it, but I really believe it might be time for Rowena to retire.” “I'll second that motion,” Conley said eagerly.

New York Times bestselling author and Queen of the Beach Reads Mary Kay Andrews delivers her next blockbuster, Hello Summer. It’s a new season... Conley Hawkins left her family’s small town newspaper, The Silver Bay Beacon, in the rearview mirror years ago. Now a star reporter for a big-city paper, Conley is exactly where she wants to be and is about to take a fancy new position in Washington, D.C. Or so she thinks. For small town scandals... When the new job goes up in smoke, Conley finds herself right back where she started, working for her sister, who is trying to keep The Silver Bay Beacon afloat—and she doesn’t exactly have warm feelings for Conley. Soon she is given the unenviable task of overseeing the local gossip column, “Hello, Summer.” And big-time secrets. Then Conley witnesses an accident that ends in the death of a local congressman—a beloved war hero with a shady past. The more she digs into the story, the more dangerous it gets. As an old heartbreaker causes trouble and a new flame ignites, it soon looks like their sleepy beach town is the most scandalous hotspot of the summer. 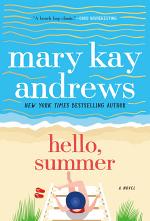 Authors: Shelley Rotner
Categories: Juvenile Nonfiction
Celebrate the quintessential moments of summer with gorgeous photographs taken by a National Geographic photographer. From the last day of school to catching waves at the beach, young readers will love poring over images of kids just like them enjoying warm-weather activities. The changes that plants, animals, and the environment 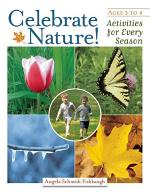 Authors: Angela Schmidt Fishbaugh
Categories: Education
Make nature an integral part of the classroom! With rising childhood obesity rates and children’s heavy use of electronics, the need for quality time in nature is greater than ever. Put away gadgets, turn off screens, and discover all that the natural world has to offer. Celebrate Nature! is filled

One Hundred Names for Love

Present Past Past Present

Wings for My Flight