" In The Big Fella, acclaimed biographer Jane Leavy recreates that 21-day circus and in so doing captures the romp and the pathos that defined Ruth’s life and times.

NEW YORK TIMES BESTSELLER • From Jane Leavy, the award-winning, New York Times bestselling author of The Last Boy and Sandy Koufax, comes the definitive biography of Babe Ruth—the man Roger Angell dubbed "the model for modern celebrity." A Publishers Weekly Best Book of 2018 “Leavy’s newest masterpiece…. A major work of American history by an author with a flair for mesmerizing story-telling.” —Forbes He lived in the present tense—in the camera’s lens. There was no frame he couldn’t or wouldn’t fill. He swung the heaviest bat, earned the most money, and incurred the biggest fines. Like all the new-fangled gadgets then flooding the marketplace—radios, automatic clothes washers, Brownie cameras, microphones and loudspeakers—Babe Ruth "made impossible events happen." Aided by his crucial partnership with Christy Walsh—business manager, spin doctor, damage control wizard, and surrogate father, all stuffed into one tightly buttoned double-breasted suit—Ruth drafted the blueprint for modern athletic stardom. His was a life of journeys and itineraries—from uncouth to couth, spartan to spendthrift, abandoned to abandon; from Baltimore to Boston to New York, and back to Boston at the end of his career for a finale with the only team that would have him. There were road trips and hunting trips; grand tours of foreign capitals and post-season promotional tours, not to mention those 714 trips around the bases. After hitting his 60th home run in September 1927—a total that would not be exceeded until 1961, when Roger Maris did it with the aid of the extended modern season—he embarked on the mother of all barnstorming tours, a three-week victory lap across America, accompanied by Yankee teammate Lou Gehrig. Walsh called the tour a "Symphony of Swat." The Omaha World Herald called it "the biggest show since Ringling Brothers, Barnum and Bailey, and seven other associated circuses offered their entire performance under one tent." In The Big Fella, acclaimed biographer Jane Leavy recreates that 21-day circus and in so doing captures the romp and the pathos that defined Ruth’s life and times. Drawing from more than 250 interviews, a trove of previously untapped documents, and Ruth family records, Leavy breaks through the mythology that has obscured the legend and delivers the man. 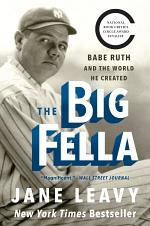 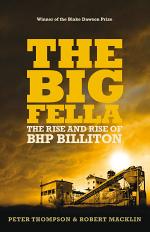 Authors: Robert Macklin, Peter Thompson
Categories: Business & Economics
The never-before-told story of BHP Billiton's global conquests, told by the key players. BHP is part of Australia's DNA; but it remains an enigma. The Big Fella: The rise and rise of BHP Billiton is the compelling story of how BHP and its partner Billiton rose from the humblest beginnings 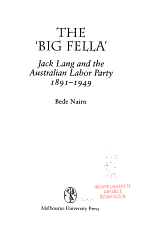 The New Complete Works of Josephus

Hello! My Name Is MATHEW And My Pen Is Huge!

The Ones That Disappeared

Sunday Morning at the Centre of the World

A Guide To The Museum

Just the Way It Was